At the age of four, Lander Gyselinck (°21/11/1987), developed a strange fondness for kitchen noises: he discovered cookin'! In the following years, the drums would become the conventional instrument for expressing and imitating these noises, so he started creating his own drumset with kitchen gear. Musically, he was raised by his father and especially by his older brother, with whom he started playing at age 12 in a mad, theatrical, funky zappa-like ensemble, Mambocito Mio. Also influenced by his sister, a professional dancer, he started breakdancing and later founded with Sam Dewaele and Michiel Gavel, Psycho B-boys. Old School hiphop grooves, funk, mixtapes gradually replaced his one and only Frank Zappalove. Mixmonster Menno showed him how to apply those fresh rhythms via turntablism on the grooves Lander liked so much. Lander started studying at the conservatory Ghent, Jazz, where he was taught by Arnoud Gerritse, Pierre Vaiana, Erik Vermeulen and many others. He discovered a love for free improvisation at jams playing with Bart Maris, Kristof Rosseeuw, Jeroen Van Herzeele and Dick Van der Harst, amongst others. In 2008 he met drummer Jim Black, who opened new perspectives on playing and listining to music. Lander started studying in Brussels, with Stéphane Galland, Kris Defoort and others, who are giving him new ingredients to spice up his cookin', by opening up and broadening the jazzidiom. As a "jazz drummer" he plays in several trio's, groups, flavouring the music with his idiosyncratic style of cookin', experimenting, learning, listening! Always eager to learn new things, his search for sound and the thrill of making exciting music with friends goes on. 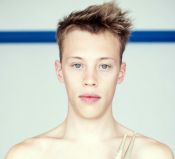