Arno Hintjens is a unique figure. A blend between a playboy and a hobo, a truly cosmopolitan nature and a true rock'n roll heart. Or, as Oor's Music Encyclopedia puts it "one of the few groundbreaking artists of the European continent by the unique way in which he manages to combine elements of American Blues and funk, French chanson and Belgian barroom-songs into his own personal style".

Although his first band TC Matic produced evergreens as ‘Oh la la la’ and ‘Putain, Putain’ for Arno Hintjens it was only the beginning. After TC Matic split up in 1986, the singer of the band, Arno started a solo career. Albums such as ‘Idiots Savants’ (1993), recorded in Nashville, and ‘A la Française’ (1995) have made of Arno the ‘Godfather of Belgian Rock’ he is considered to be nowadays.

Arno combines blues and funk with French chanson. He stutters when he speaks but sings, without hesitation, in English, French and the dialect of his hometown Oostende. He has written music for movies and he even played parts in several. Arno is a live-artist and a unique performer on stage. In France Arno has not only become a well known and widely appreciated ‘chansonnier’, since 2002 he can officially call himself ‘Knight in Arts and Literature’ as well. More than just a singer or an artist Arno is part of the Belgian cultural legacy. Some say he's even the second Jacques Brel. 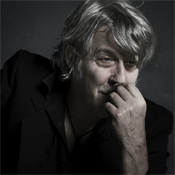