Wannes (Wim) Van de Velde (71) was the son of folk singer Jaak Van de Velde. He grew up in Antwerp’s red light district. He studied visual arts, but was enraptured by music at a very young age. He was particularly enamoured by Flemish folk songs and flamenco and sang in his own dialect on his first record. In the seventies, he was also part of the Antwerp theatre scene, but music remained the main crux throughout his life. He released fourteen albums, the last being ‘In de maat van de seizoenen’, released in 2006. The singer also read a lot and published a number of books containing his thoughts. He also taught at the theatre school, Studio Herman Teirlinck. According to many critics, Wannes Van de Velde is one of the most important post-war singers in Flanders. His uncompromising and eclectic approach pointed to the importance of heritage and the necessity of individuality. 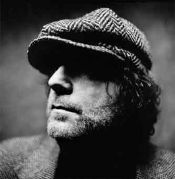