Anima Eterna has been working on the basis of projects, under the energising direction of chief conductor Jos van Immerseel. Five to six times yearly they concentrate intensively on a welldefined repertoire. The unending quest for historically informed performance practice always happens in a setting of mutual consultations, complemented by advice from musicologists. For each project the stable core of soloists is augmented with musicians who have a lot of know-how concerning repertoire and period instruments.From a small baroque orchestra Anima Eterna has expanded into a fully-fledged symphony orchestra, prioritising authenticity among its exacting standards of performance. After performances of works by Ravel, Poulenc, Bartok, Gershwin and de Falla, the orchestra can not only boast rightfully about a solid reputation in historically informed re-interpretation of the well-known 19th-century repertoire, it has proved its mettle by dealing with the first half of the 20th century in a re-invigorating way as well. The adventure of this orchestra has an ever growing impact and international music criticism responds with amazement and enthusiasm whenever the ensemble recreates a treasure from our musical heritage. Besides many performances at the most prestigious venues abroad and at home, the ensemble enjoys its status of orchestra in residence at the Concertgebouw in Bruges, and has therefore been dubbed “Anima Eterna Brugge” from 2009 on.

From 2015 on Jos van Immerseel will take an assistent director followed by concerts leaded by gast-directors. 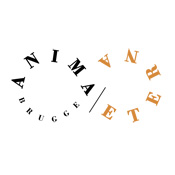