Sigiswald Kuijken founded the orchestra La Petite Bande in 1972. In this pioneering ensemble he introduced the use of period instruments, and concurrently the 17th- and 18th-century playing techniques that he and his brothers had acquired outside their conventional conservatory training. The first performances of La Petite Bande unleashed a veritable revolution. Ever since, Sigiswald Kuijken has been travelling around the world with his orchestra and has been realizing recordings at the cutting edge with music by Lully, Rameau, Händel, von Gluck, Haydn and Mozart. He was also guest conductor with several other orchestras, among them The Orchestra of the Age of Enlightenment. For quite a few years already Sigiswald Kuijken integrates, on the basis of thorough research, important new insights into the interpretation of the (sacred) music of J.S.  Bach. This means that he refrained from using a choir, relying instead on a vocal quartet of soloists (sometimes expanded to eight singers, as Bach used to do), an equally slender instrumental cast and scrupulous attention to the right declamation of the text. The result is being recorded by the label Accent in a CD series in 17 instalments featuring the Bach cantatas. In 2007 Sigiswald Kuijken received an honorary doctorate of the Catholic University of Leuven. In 2009 he was awarded the prestigious Prize for General Cultural Merits of the Flemish Community. 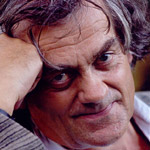