René Jacobs started his career as a chorister in the cathedral of his native town Ghent. Encouraged by the Kuijken brothers, Alfred Deller and Gustav Leonhardt, he specialised in the countertenor register.

His unique voice made him world famous.Later he earned great fame as conductor of baroque and early classical operas. He is first and foremost an enthusiastic promoter of the Venetian opera repertoire. He earned triumphs in the most important opera houses in Europe and Japan with works by Monteverdi, Cesti, Cavalli, von Gluck, Händel, Telemann, Graun, and Mozart. Since 1997 Jacobs has been artistic leader of the Innsbruck Festival.

For many years he taught at the Schola Cantorum Basiliensis, an institution that he remains close to and where several singers who shine now on international stages owed him formative years.  René Jacobs received many distinctions for his performances and CD recordings: the Grand Prix 1998 for the best opera production of the year, the Musical Personality award 1999 from the periodical Diapason, the Prix in Honorem from the Académie Charles Cros in 2001, Record of the Year from Gramophone in 2004, several Chocs from Le Monde de la Musique and Diapasons d’Or, MIDEM Classical Awards, MIDEM Artist of the Year 2005, a Grammy Award, and the prestigious Telemann Prize of the city of Magdeburg in 2008. 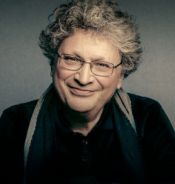