Bernard Baert was born on 4 October 1963 in Waregem. He grew up in a musical family – his father was director of the Waregem music academy, where Bernard pursued his first musical studies. At the Royal Conservatory in Ghent, where he studied with Louis Pas and Claude Coppens (piano) and Roland Coryn (composition), he was awarded first prizes for solfège, piano, music history, theoretical and practical harmony, chamber music, counterpoint, fugue and composition. He also received a higher diploma and teaching certificate for piano. He took additional summer courses in piano from Jean-Claude Vanden Eynden, Daniel Blumenthal and Robert Groslot. From 1987 to 1997 he taught theory at the Royal Conservatory in Ghent, and is currently a teacher of piano, ensemble playing and accompaniment at the Waregem music academy, where he also is an accompanist. He has received several prizes for his compositions, including the SABAM prize for his Woodwind Quintet (1994) and the Jef Van Hoof Prijs for his Piano trio (1995).
©2003 Frederic Delmotte

Consulting scores:
The scores of Bernard Baert can be consulted at Matrix: www.matrix-new-music.be 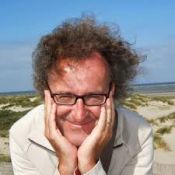