Koen Dejonghe was born on 27 June 1957 in Kuurne. He studied at the Lemmens Institute in Leuven, where he received a combined Diploma in Piano (under L. Kende) and Music Education in 1982. He subsequently earned his Higher Diploma for Chamber Music in 1986 from the Royal Conservatory in Antwerp as well as First Prizes in Fugue in 1990 and Composition (under Willem Kersters) in 1994. As a pianist, he participated in courses in Weimar and Bergamo, and has made numerous recordings for the Flemish radio and television, as well as accompanying instrumentalists in competitions and recitals. He has received many prizes for his work as a composer. In 1990, he was awarded first prize in the Muizelhuis Composition Competition for Chamber Music for his Four pieces for cello quartet, and received awards in the Provincial Competition of the Province of West Flanders for his Gezellesuite (1993) and for Sintra (1996), a ballade for orchestra. With his second string quartet he won the tri-annual Jef Van Hoof Prize in 1998 and was a laureate of the composition competition held by the Royal Academy of Sciences, Letters and Fine Arts of Belgium. In 2001, finally, he received awards for best orchestration at the Song Expo International Composition Competition for his orchestral work Jace and for his Violin Concerto. Koen Dejonghe has held a position at the conservatory in Antwerp since 1986, teaching practical harmony and improvisation. He currently also gives classes in accompaniment, instrumental ensemble performance and harmony and counterpoint at the music academies of Sint-Niklaas and Antwerp. 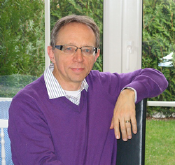