Frédéric Devreese was born on 2 June 1929 in Amsterdam to a very music family. His mother played the violin, as did his father Godfried, who was also a well-known composer and conductor. Devreese took his first lessons in harmony from his father at the conservatory in Mechelen. He later studied at the Brussels conservatory with Marcel Poot (composition) and René Defossez (orchestral conducting). In 1949 he won the composition prize at the international piano competition in Oostende with his first piano concerto, which as a result became the compulsory work in that competition. This led to national attention and grants to study in Rome (composition with Ildebrando Pizzetti and conducting with Previtali) and Vienna (conducting with Hans Swarowski). Devreese rounded off these studies in 1956, returning to Belgium. In 1958 he made television programmes for the then BRT (state broadcaster), where he would later become a director and producer. He also worked for three years at the BRT producing soundtracks, ideal training for his later work as a composer of film music.
Devreese has always taken great interest in young musicians, whom he has sought to stimulate and promote though such initiatives as Tenuto (Belgian national competition for talented musicians under 25), Jong Tenuto (for musicians under 17) and Procemus (centre for promotion and production of young talent). He was also the chief conductor of the Belgian Youth Orchestra and director of the music academy in Overijse. Devreese has won a number of prizes with his work, including the Prix Italia (1963) for his opera Willem van Saefthinghe, written for the BRT, the Georges Delerue Award (1994) for La Partie d’Echecs, and the Joseph Plateau Prize (1988 and 1990) for the film music to L’Oeuvre au Noir and Het Sacrement respectively. 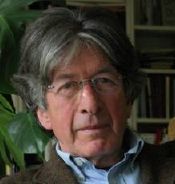