Mertens is a multi-talented composer whose output includes theatre music, soundtracks and many jingles for radio and television. He refuses to publish or distribute his scores in any way (for the time being). His music can thus only be heard live or on CD. This reflects the composer’s wish to put an emphasis on the sound and not on the written document or reproductions other than recordings.

Wim Mertens was born in Neerpelt in 1953. He took guitar and piano lessons, but did not complete his studies at the music academy. Mertens studied political and social sciences at the Katholieke Universiteit Leuven and musicology at the Rijksuniversiteit Gent. At the university in Leuven he produced a major paper examining the avant-garde of the 1950s and 1960s from a sociological perspective. His major paper at the university in Ghent dealt with the non-narrative and a-teleological aspects of the American minimalist composers. Wim Mertens worked for a time as a producer for Studio Brussel (youth broadcaster) and also as a freelance music journalist for the weekly magazine Knack. In 1980 he wrote De Amerikaanse Repetitieve Muziek (American Repetitive Music). In this book Mertens discusses compositions by La Monte Young, Terry Riley, Steve Reich and Philip Glass, representing repetitive music as a logical step in the evolution of twentieth-century art music. From 1980 Mertens began to record his own compositions. For the performance of his own work he founded the ensemble Soft Verdict in 1981. He has taken part in festivals of new music in New York (1979), San Fransisco (1981) and Chicago (1982). To date he has produced some 40 CDs on the label Les Disques de Crépuscule. 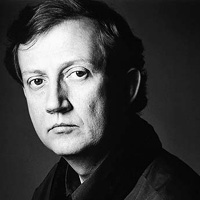