Jan Van der Roost was born on 1 March 1956 in Duffel. By listening to dozens of records and tapes in the family home he came into contact with many genres, including music for wind instruments. After his secondary school studies at St Gummarus College in Lier, he went on to study in the Conservatory and Music Education departments at the Lemmens Institute in Leuven, earning three degrees. Besides the Pedagogical Diploma, he received first prizes in solfège (with Lode Dieltiens), harmony (Frans Geysen), counterpoint (Jos Van Looy), trombone (François De Backer) and music history (Hugo Heughebaert). He completed his theoretical training at the Royal Conservatory in Ghent, with a first prize in fugue (Julien Mestdagh). He also earned first prizes in choral conducting (Roger Leens) and composition (Willem Kersters) at the Royal Conservatory in Antwerp.
In 1983, Jan Van der Roost was named teacher of counterpoint and fugue at the Lemmens Institute. From 1991 he was also the conductor of the concert band at this institution. He has taught as guest professor at the Shobi Institute of Music in Tokyo and at the Nagoya University of the Arts. He has also been a guest teacher at music schools in Italy, Finland, the Netherlands, Austria, Canada, the United States, Brazil, Germany, Scotland, Luxemburg and Japan. Van der Roost is a frequent jury member, guest lecturer and guest conductor both in Belgium and abroad: his activities have taken him to 35 countries on 4 continents.
Van der Roost has only infrequently taken part in composition competitions, although he has twice won prizes: in 1985 with Van Maan en Aarde (From Moon and Earth) for mixed choir (competition organised by the Antwerp Provincial government) and in 1987 for Excalibur for brass band (competition organised by the Flemish Brass Band Federation).
Jan Van der Roost has composed more than 90 works to date. Since 1988, all his compositions have been commissioned. His music has been performed in some fifty countries and almost all his works have been recorded (for radio, television and/or CD). 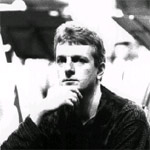