Jan Van Landeghem was born in Temse in 1954. He began his musical studies at the City Music Academy of Sint-Niklaas. He subsequently attended the conservatories of Brussels and Maastricht, earning first prizes in composition (magna cum laude) under Peter Cabus and André Laporte in Brussels and a solo diploma in organ under Kamiel D'hooghe in Maastricht. He attended courses in improvisation, organ, composition, and choral and orchestral conduction in France (with Iannis Xenakis, among others), Germany and the Netherlands. He was also regularly in contact with Karel Goeyvaerts in the last years of that composer's life.
Van Landeghem has appeared as a performer in most European countries, in the Far East and in the United States. He has recorded for both the Belgian and Dutch Radio. Selected as Fulbright Scholar for Belgium in 1985, he taught and performed at Georgia State University and at the University of Krakow (Poland). As conductor of the In Dulci Jubilo boys choir he has conducted concerts throughout Europe. He subsequently became conductor of the Concinentes chamber choir. At present he is director of the Music Academy in Bornem and teaches notation and composition at the Royal Music Conservatory in Brussels.
Jan Van Landeghem has won first prize in a number of composition competitions, including the national competition Wendungen of the Flanders Festival, for his work Epitaffio for Symphony Orchestra (1993) and the international Prize for Contemporary Music Flanders-Québec 1995 in Montreal for his string quartet Silent Scream. In 2000 he was chosen Composer of the Year 2000 at the Ramsgate Spring Festival for his piano quartet Marcatissimo. 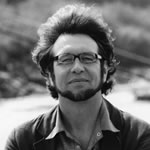