"Daan Vandewalle puts many American classical musicians to shame..." That’s what an American critic wrote about his first solo CD. Daan Vandewalle enjoys an international reputation as new music specialist, with a strong focus on 20th-century American piano music. He studied at the Conservatory of Ghent with Claude Coppens and at Mills College, California with Alvin Curran. Since then, he is called on worldwide for both lectures and concerts with the music of Curran, Cardew, Newman, Nordschow, Rzewski, Cage, Ives, ... He performed with artists as David Moss, Fred Frith, Han Bennink, Chris Cutler, Tom Cora, collaborated with many ensembles (The Simpletones, Sonic Youth,...) and forms a piano-duo with Geoffrey Douglas Madge. His programmes are often highly unusual both on a technical or intellectual level, often combining the classical repertoire with premieres of new works. In 2005 he released a 4-CD box dedicated to the entire “Inner Cities” piano marathon by Alvin Curran which was met with rave reviews. 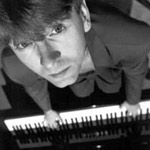