This composer, film director and percussionist was born in Brussels in 1956. De Mey’s meeting with Henri Van Lier, professor at the IAD (a Brussels film school), was to be the catalyst for his music and film work. One aspect of Van Lier’s lessons has stayed with De Mey throughout his career: artistic engagement should be supported by an interest in mathematical structure. Van Lier introduced De Mey to the music of Steve Reich. Reich’s rhythmic shifts, the clear structure and the chaotic sounds of the city formed important sources of inspiration for De Mey.
His meeting with Fernand Schirren, a percussionist with the Ballet of the Twentieth Century, was a second determining factor for De Mey’s artistic development. He met Schirren through his sister Michèle-Anne, who studied dance at the Mudra, Maurice Béjart’s ballet school. Schirren had a worked-out vision of rhythm and movement: rhythm as movement. His “philosophy of rhythm” was embedded in the duality of two onomatopoeic words in Dutch, the “hé” (pronounced “heh” and roughly equal to the questioning or incredulity of the American word “huh”) and the “boem” (pronounced and meaning “boom”). The “hé” refers to the beginning of the rhythmic movement, the leap, the arc and by extension the difference. The “boem” refers to the point of arrival, the point of rest, and by similar extension, the division. On an aesthetic level, this vision leads to an insoluble tension between these two poles. It hinders both the repetitive and the loss of each orientation-point by means of the constantly different, which took a central place in serialism. This theory made a strong impression on Thierry De Mey, who continues to hold fast to the principle of refusing to see rhythm as purely a combination of lengths within a temporal scheme.
After his studies at the IAD – De Mey has also produced a number of art films – and his percussion lessons with Schirren, De Mey made his debut as a composer with Rosas danst Rosas. He wrote this first work in 1983 for Anne-Teresa De Keersmaeker, the choreographer of the dance company Rosas. De Mey composed most of his musical works in collaboration with choreographers or for the group Maximalist! (1984-1991), which he founded with Peter Vermeersch. He was also one of the founders of the Ictus Ensemble, a Belgian ensemble for contemporary music which has premiered many of his works.
De Mey’s music has also met with acclaim internationally: his works have been performed by such groups as the Hilliard Ensemble, the London Sinfonietta, the Orchestre Symphonique de Lille and the Arditti String Quartet. His Suite pour violon solo (1993), composed for the Festival Octobre en Normandie, was dedicated to Irvine Arditti, first violinist of the quartet of the same name.
The music and films of Thierry De Mey have won numerous national and international prizes, including: the Bessie Awards in New York, the Forum des Compositeurs de l’Unesco, Eve du Spectacle, the prize for the best Belgian short film at the 1999 Flemish Film Festival in Ghent for his film Musique de Tables, the prizes for best director and music at the Grand Prix International du Film de Danse in Nice and the Dance for the Camera Award at the Moving Pictures Festival in Toronto in 2000. In 1998 De May was also guest composer in Fresnoy and was house composer at MUSICA 2001-2002 in Strasburg.

In 2006, he realised an installation adapted from Perrault’s tale, Barbe Bleue (Bluebeard), plus a film, One Flat Thing, reproduced based on the choreography by William Forsythe and broadcast by Arte in October. In 2007 he made From Inside for the Charleroi/Danses Biennale, an interactive installation in the form of a triptych. For the 2009 Charleroi/Danses Biennale, he created Equi Voci, a polyptych of dance films accompanied by orchestral music and which includes Prélude à la mer, a film based on one of Anne Teresa De Keersmaeker’s most beautiful choreographies which he shot by the Aral Sea in October 2009. He is currently working on another dance film – La Valse, choreographed by Thomas Hauert and the ZOO dance company – to complete this project.

Finally, his latest installation, Rémanences, is being made with a thermal camera in Belgium and France in March 2010 as part of the VIA and EXIT festivals. 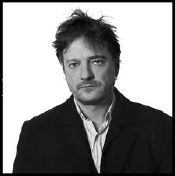