Jos van Immerseel was born in Antwerp and studied piano with Eugène Traey, organ with Flor Peeters, harpsichord with Kenneth Gilbert, singing with Lucie Frateur, and orchestra conducting with Daniel Sternefeld. His broad interests led him to autodidactic study of organology, i.e. the study of the structure and function of instruments, more specifically of historical fortepianos, and of rhetoric. As a conductor Jos van Immerseel led in 1977 the performances of L’Orfeo by Claudio Monteverdi that in the meantime have become legendary. Subsequently he became a guest conductor of the Dutch Radio Chamber Orchestra, the Dutch Chamber Orchestra, the Dutch Chamber Choir, the Akademie für Alte Musik Berlin, the Wiener Akademie, and Musica Florea Prague.  Ever since he has been shifting the boundaries of his research and orchestral practice to classical, romantic, and impressionist music. He got steeped in historical practices of improvisation and made a study in depth of the use of rhetoric in music. All these insights he pursued in depth as conductor of Anima Eterna, the orchestra he founded in 1987, never to be overestimated since in the Golden Book of authentic performance practice. 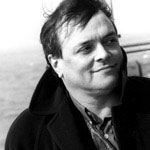