Wim Becu is world-famous as a player of early wind instruments, mainly trombones. After studies at the conservatories of Antwerp and The Hague he started his musical career in 1980 with the Huelgas Ensemble. By virtue of his enormous drive and his musical curiosity about the many types of historic brass instruments he has developed into a specialist of early instrumental performance practice. Wim Becu’s repertoire ranges from the Middle Ages to the 19th century.
For more than a quarter century already he has been performing with great names such as Philippe Herreweghe, Jos van Immerseel, René Jacobs, Konrad Junghänel, Ton Koopman, Sigiswald Kuijken, Gustav Leonhardt, Andrew Parrott, Philippe Pierlot, Jordi Savall, Masaaki Suzuki, and Bruce Dickey. In this period he was involved in about 170 CD recordings. With the founding of the ensemble Oltremontano in 1993 he created his own platform and laboratory for historic brass players. 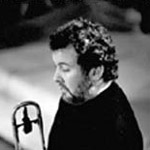