Since the 19-20 season, Bart Van Reyn is music director of the Vlaams Radiokoor. His dynamic approach, thorough knowledge of the repertoire and great passion for the métier is fully in keeping with the distinctive DNA of the Radiokoor. Together they will work today on the history of tomorrow, as guardians of the rich vocal heritage.

One of Belgium’s most sought-after conductors of the new generation, Bart Van Reyn is at home in a wide repertoire: from baroque to contemporary, both in oratorio, opera and symphonic repertoire as well as a cappella music – with the voice at the heart of it. Bart is music director of the Danish National Radio Choir since 2016, and is regularly invited for productions with internationally renowned choirs such as Cappella Amsterdam, Netherlands Radio Choir, Netherlands Chamber Choir, MDR Rundfunkchor Leipzig, SWR Vokalensemble Stuttgart, NDR Chor Hamburg, Rundfunkchor Berlin, DR Vokalensemblet, Collegium Vocale Gent and the BBC Singers.

Bart is founder of Octopus, a chamber choir and a symphony chorus, and of Le Concert d’Anvers, a period instrument orchestra with a focus on 18th and early 19th century repertoire. More recently he co-founded the touring opera company The Ministry of Operatic Affairs, known for their critically acclaimed productions of Don Giovanni, Orfeo ed Euridice, Così fan tutte, Dido & Aeneas, and Acis & Galatea. 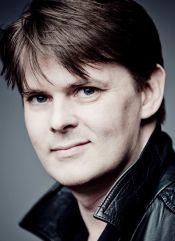