Noor Sommereyns (°24/11/1982, Belgium) attended, besides the Greek-Latin section, several courses such as solfège, chorus, harmony, accompaniment and piano at the Municipal Music Academy of Woluwé-Saint-Pierre (Brussels).

At the age of twelve she composed her first pieces for piano and was recognized by SABAM as composer on her fourteenth. A little bit later Noor was twice proclaimed laureate of the KBC Aquarius Youngsters Composition Project, in 1998 with ‘Sémira’ (for piano solo) and in 1999 with ‘Oh, fruscio del bel canneto’ (for soprano and piano). She finished her studies at the music academy with two municipal award medals, one for the music theory (high distinction) and for piano (highest distinction).

In 2000 Noor started her education at the Lemmensinstituut in Louvain where she was twice awarded laureate at the Muzizoek Composition Contest, in 2002 with ‘Endeavour’ (for string quartet) and in 2003 with ‘Avalon’ (for mixed choir). In December 2003 she was awarded at the ISME - Composition Contest. With her piece ‘Cascade’ for harp solo she won the Second Award - Piet Vermeulen Award and the Special Award for the best composition for Harp or Piano. Also at the Provincial Prize for Music composition 2003 for Brass Band (Flemish-Brabant) she got a special mention for the piece ‘Phoenix’ and received the Encouragement Award. In 2004 she composed ‘Myst’ for harp solo, the imposed work at the Axion Classics Contest of Dexia Bank and wrote several choir arrangements for the European Youth Music Festival in Neerpelt. A year later her composition ‘Poor Corydon’ (for mixed choir) yielded her the First Prize at the National Choir Composition Contest of Capella di Voce/Euprint.

In June 2005 she graduated from the Lemmensinstituut as Master in Music Composition with high distinction. She had been coached by Luc Van Hove, Jan Van der Roost and Kurt Bikkembergs. Meanwhile Noor has been commissioned by several ensembles and organizations, such as the SPECTRA ensemble, Jongart and the Emanon Ensemble and she has made a successful concert tour in Japan with her composition ‘Kayano’ (autumn 2007). New commissions make her oeuvre grow continually. Noor's compositions are available at several music publishers, such as Euprint and Metropolis Music Publishers.

Since 2011, Noor Sommereyns has ceased her musical activities. 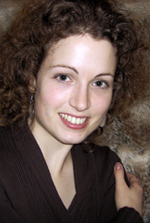