Born in Brussels in December 1986 Lorenzo Gatto started studying the violin at the age of 5. At 12 he entered the Royal Conservatoire of Music of Brussels in the class of Veronique Bogaerts where at 17 he gained a higher diploma with "grande distinction." Besides this, he perfected his skills with Herman Krebbers in The Netherlands and with Augustin Dumay at the Chapelle Musicale Reine Elisabeth.

He is currently studying at the Conservatoire of Vienna under the tutelage of Boris Kuschnir.

From the age of 12 Lorenzo Gatto has been invited to play on such prestigious stages as Bozar of Brussels, The Cortot in Paris, The Bridgewater Hall in Manchester, Flagey as well as at festivals in Belgium,Germany, Austria, Switzerland, Italy and England.

He has also been selected by maestro S. Ozawa to attend his special quartet academy in 2005, 2006 and 2007. He took part in master-classes given by Zakhar Bron, Midori, Salvatore Accardo,Yfrah Neaman, Viktor Pikayzen, Pamela Frank, Robert Mann, Julian Rachlin...

Gatto  won the second prize at the Queen Elisabeth Concours in 2009. 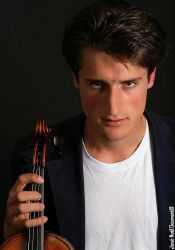