This exciting cocktail is definitely shaking. It even might stir things up from time to time with its main ingredients of Western soul and jazz poured onto a steady afrobeat rhythm.

Shakara United was set up in the spring of 2011 by 10 top-notch musicians and has gathered considerable stage experience through numerous gigs, mainly in Antwerp, Ghent and Brussels. Moreover, with a number of live tracks the band supplied their very first soundtrack for the documentary film This Is My Home Now by Saddie Choua as early as 2012. In October of that same year Shakara United occupied the legendary Jet Studio to record their debut album to be released in the spring of 2013. An album that will boldly showcase the band`s repertoire: unfiltered, honest and with the drive of a live performance. 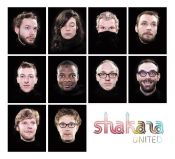