Liam Fennelly, after some years as a professional singer in a children’s choir and after completing a classical violin and viola training, returned in a roundabout way to early music. For some ten years he studied the languages and literatures of the Middle East and Central Asia, earning degrees at several universities. It was only towards the end of the eighties that he decided to resume his musical studies. He took classes with Thomas Binkley, Wendy Gillespie, Marianne Müller, and Wieland Kuijken.

Ever since Liam Fennelly has been participating in many concerts, CD and radio recordings in Belgium and abroad. He often played with specialised ensembles such as the Capilla Flamenca, Currende, and the Ricercar Consort. He is involved in several theatre and dance productions by HardtMachin, music theatre company LOD, and Les Ballets C de la B. 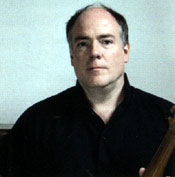