La Petite Bande was founded in 1972 by Sigiswald Kuijken, at the behest of the German record label Harmonia Mundi, with a view to recording Jean-Baptiste Lully’s Le Bourgeois Gentilhomme under the baton of Gustav Leonhardt. Both the size of the ensemble and its name were inspired by Lully’s orchestra at the court of Louis XIV. The overwhelming success of this project resulted in its development into a permanent orchestra. From the beginning La Petite Bande set as its goal to revive early music, both soundwise and in terms of interpretation, with as much fidelity as possible, without however lapsing into dour academicism.

Therefore period instruments were preferred and the musicians tried to restore the old techniques of playing to boot. Initially the emphasis lay preponderantly on French baroque music, with composers such as Lully, André Campra, and a cosmopolitan German composer such as Georg Muffat.  The Italian repertoire followed, with Corelli and Vivaldi among others. Evidently the oeuvre of J.S.  Bach followed suit. Lately the orchestra has been noted for its acclaimed interpretations of classical masters such as Mozart and Haydn. La Petite Bande earned lavish praise at numerous festivals and at the great international venues in Europe, Japan, China, Australia, and South America. 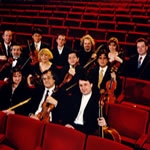